On September 15, Costa Rica, El Salvador, Guatemala, Honduras, and Nicaragua celebrate their respective independence days. On October 16, Mexico follows suit, followed by Chile, Belize, and Puerto Rico. That’s why we now recognize Hispanic Heritage Month from September 15 to October 15. It’s a month that celebrates not only independence but also honors the “histories, cultures, and contributions of American citizens whose ancestors came from Spain, Mexico, the Caribbean, and Central and South America.”

Each country on the list above has its own essence, but what binds them is the fusion of indigenous traditions and Spanish culture. There’s no better way to learn about what makes each unique and what brings them together than by visiting some history-rich destinations full of excitement and unforgettable experiences. Here are five destinations worthy of planning a trip to this Hispanic Heritage Month and beyond.

Cartago once acted as Costa Rica’s capital city before a volcanic eruption partially destroyed it in the 18th century. Now, it serves as a cultural center and a place for visitors to learn more about the nation’s history and to enjoy some of Costa Rica’s natural beauty.

In Cartago, visitors can walk around the ruins of the temples, like the Basílica de Nuestra Señora de los Ángeles, view the ancient stone bridges, and get an idea of how people lived hundreds of years ago in the preserved centuries-old homes. And, let’s not forget the Ujarras Ruins, the oldest church in the country, which comes surrounded by beautiful gardens that will take your breath away.

While visiting the area, travelers can also pay homage to the past by stepping into the Guayabo National Monument, one of Costa Rica’s most significant archaeological sites. The ruins, set amongst the Central Conservation Area, tell the story of the largest pre-Hispanic civilization in Costa Rica, whose disappearance remains a mystery. Although the stories are always entertaining, visitors also enjoy the attractions outside of this historic place, including delicious eateries in the neighboring towns or hiking the mighty Irazu volcano that once swallowed the city and is still the highest active volcano in the nation.

El Salvador is home to some rather impressive Mayan ruins that show off this once great civilization. Tazumal, a pre-Columbian Maya archeological site in Chalchuapa, is one such place. The site is believed to be more than 7,000 years old and was left abandoned sometime around the 13th century. Much of the architectural complex is still hidden after all this time. However, large areas were extensively restored in the ‘40s and ‘50s, giving visitors a taste of the past.

Close by, visitors can also visit Santa Ana, the second-largest city in El Salvador. Santa Ana tells the more recent history of El Salvador and is a place to experience more of the nation’s culture and traditions. While in town, visit the neo-Gothic cathedral built in 1913 on the same site where the original central parish was destroyed by lightning. Next, grab a cup of coffee from the surrounding cafes, as Santa Ana is one of the major processing centers for the nation’s coffee export business.

The 16th-century city of Antigua is surrounded by volcanoes, churches, and Baroque buildings, combining European style with pre-Hispanic traditions. It’s such a stunning and history-rich destination that it made its way to the list of Unesco World Heritage Sites. The good news for travelers is this: It’s possible to visit most of its attractions on foot, including the Arco de Santa Catalina with its elegant French clock, the Central Park surrounded by historic buildings, and the Palacio del Ayuntamiento, which tells the story of the time when Antigua was the country’s capital.

Antigua is also famous for having some of the best restaurants and hotels in Guatemala. The blend of past and present can be felt through its food, either by trying one of their iconic dishes, like pollo pipián (chicken pipian), which is influenced by Mayan and Spanish cultures, or by sipping the fresh coffee that comes from the nearby farms that surround the city.

Honduras may be well-known for its beaches, but it also has some quaint inland towns worth exploring to learn more about the nation’s history. One worthy of your travels is the city that was once the capital: Comayagua.

Founded in the early 1500s, a visit here is like traveling back in time. Several museums showcase the cultural richness of Honduras, including The Comayagua Regional Museum, the Museum of Religious Art, and the must-see clock in the central square, which is the oldest clock in the continent, dating back to the 12th century. If you can, plan a trip here around Holy Week in April. That is when the community comes together to honor the Virgin of the Immaculate Conception. At this time, the devout Christians living in Comayagua take over the streets to showcase their temporary “Alfombras” (or “carpets”) made out of colorful sawdust. Each carpet depicts a different religious scene, meant to pay tribute on Good Friday.

Veracruz is a natural beauty with beaches that stretch for as far as the eye can see, deep blue waves that will hypnotize you, waterfalls so powerful they’re felt at the very core of your soul, and even dunes that remit to the desert, which acts as the perfect a metaphor for just how interconnected we all are. Beyond its natural beauty, it’s also one of the most historical states in Mexico.

Some five centuries ago, the first Spanish expedition landed in the country led by Juan de Grijalva. Since then, the port city has become a melting pot of Hispanic culture, including indigenous, Spanish, and Afro-Cuban populations. This has come to influence its robust food and entertainment scene.

When visiting Veracruz, stop by the Zocalo in Downtown Veracruz, where locals gather to listen to “son jarocho,” a regional folk music style that started right here. Couples also gather to dance every Saturday afternoon in the square. But not just any dance, rather they take part in Danzón, a traditional couples dance iconic to this particular state. And, if all that dancing makes you hungry, head to one of the many cafes in town for gorditas (made from corn dough), dig into one of the plentiful seafood dishes, and top it all off with the famous café lechero (coffee with milk) before calling it a night on one epic vacation.

Want more? Check out the 10 ways you can support the Latinx travel community right now. 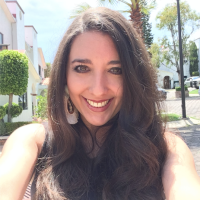 About the Author Christin Parcerisa